Eat More Plants, Save the World 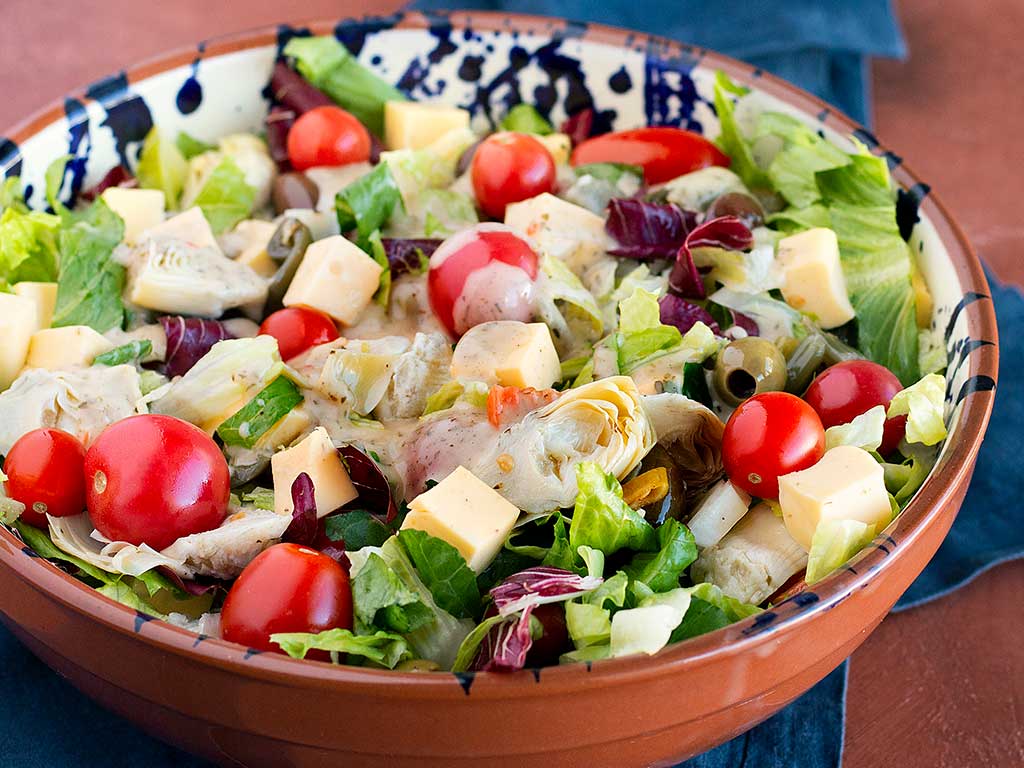 Driving an electric vehicle, carrying a reusable water bottle, and switching to more energy efficient light bulbs are some of the most common to-dos when it comes reducing our individual carbon footprints. Even plastic straws are increasingly reaching villain status in mainstream consciousness. But you want to do more, right? Consider this: One of the most effective ways any nature-loving, animal-adoring, eco-conscious friend of Planet Earth can slash his or her impact on the environment is to adopt a plant-based diet.

We eat many times in a single day, and it turns out the choices we make in these mealtime moments hold a lot of power when it comes to fighting climate change. A comprehensive new study by the University of Oxford and published in the journal Science essentiallydropped the mic on the subject in June 2018. Over the course of five years, scientists sought to analyze the detrimental effects farming can have on the environment and included data on nearly 40,000 farms in 119 countries. They examined a total of 40 agricultural products in the study, which cover 90% of all food that is eaten. Their findings unequivocally prove how devastating animal agriculture is to our planet.

The study showed that cutting meat and dairy out completely can reduce an individual’s carbon footprint from food by up to 73%. And that kind of action has a ripple effect; if everyone stopped eating meat and dairy, it would reduce global farmland use by up to 75%, which would not only drastically diminish atmospheric greenhouse gases (agriculture is second only to electricity and heat production as a global greenhouse gas emitter), but would also free up more wild lands – the loss of which is a primary cause of mass species extinction. Indeed, Nature released a 2014 study finding that emissions from the production of beef and lamb are 250 times higher than those of legumes, and pork and poultry are 40 times higher than legumes. Natural Resources Defense Council reported, in “To Shrink Your Carbon Footprint, Ease Up on the Dairy,”

that 14 kilo-calories of fossil fuels to produce a single kcal of dairy milk, whereas just 1 kcal of fossil fuels can produce 3.2 kcal of soybeans (for use in soymilk). That measurement takes into account the fertilizers, pesticides, and other industrial inputs used in dairy production.

Unfortunately, the massive amounts of land needed to raise livestock for meat and dairy consumption and the resulting greenhouse gases are just the tip of the bull’s horn when it comes to animal agriculture’s impact on the planet. Animal agriculture is an inefficient way to produce a single meal, such as the quarter-pound of conventional beef in a typical cheeseburger, because it requires so many resources. Business Insider broke it down, and it’s staggering. Among many things, there’s the water – estimated at more than 460 gallons – and the corn-based feed, which totals 13.5 pounds per quarter-pound hamburger. Grass-fed beef requires even more resources. Beef and dairy production also release plenty of methane but also nitrous oxide, which are dangerous greenhouse gases that trap 20 and 250 times more heat than carbon dioxide, respectively.

So, while you may pay a buck or two for that cheeseburger at a fast food restaurant, the cost to Mother Nature and mankind is far greater. Deforestation (80% of all Amazon deforestation is due to beef production), ocean acidification, sea level rise, erosion, famine, extreme weather, widespread disease, fresh water scarcity, and the loss of biodiversity are all major fallouts from the greenhouse gases produced by the animal agriculture industry. These things hit poor and vulnerable communities hardest, so there’s a moral imperative to cutting meat and dairy from our diets, as well.

In Summer 2018, global carbon dioxide levels rose to the highest they’ve been in at least 800,000 years. The landmark Paris Agreement aims to keep global temperatures from rising 2 degrees Celsius. A Bloomberg report from June 2018 states, “Given current efforts, the world is probably heading for temperature gains of 4 degrees or more, according to climate negotiator Tovivo, citing figures from Climate Action Tracker.” While political will and policy shifts may lag, we as individuals can take the reins by cutting meat and dairy from our diets.

It’s a great time to try out this whole vegan thing. There are scores of amazing companies (like Follow Your Heart!) creating ever more tasty and nutritious dairy and meat alternatives. CNN columnist John D. Sutter wrote in his powerful essay “Why Beef Is the New SUV,” “Our diets are a rare chance for us to take control of our climate footprints, as researchers explained to me. We don’t need governments or utilities to help. Apathy is all that stands in the way.” If you’ve read this far, the motivation is clearly there to get you started on the journey towards a greener (pun intended) diet. It’s time to take action.

The best thing is, you don’t have to kick all of your favorite foods to the curb at once. Subtle tweaks will help you achieve any lifestyle overhaul – and the planet will thank you for it. Just don’t beat yourself up if you encounter setbacks or succumb to temptations along the way. This kind of thing takes practice, which is ultimately how you’ll discover what works best for you. Try swapping one foodstuff for another. You want vegan ice cream? You got it. Vegan beef or chicken? Plenty of options await your tastebuds. Vegan cheese and eggs? You’ve come to the right place!

Here are our best-sellers to help you get started on your journey towards a more plant-based diet!